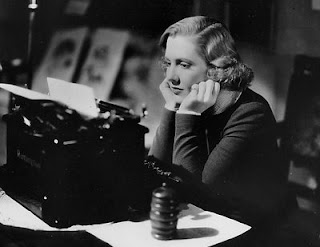 If you are a fiction writer, whether experienced or novice, I would like to hear from you.

I am planning to launch a romance novel series that is designed to illustrate wife led marriage in a realistic but ultimately positive light.

I have a number of story concepts but I have neither the time nor the skill to develop them.

I will work with you to develop and refine the story concept into a novel for publication, acting as a subject matter expert and first critic.

I'll show you how to self-publish your novel and I'll promote completed, authorized novels on this blog to build your initial readership.

You will retain the copyright and therefore reap the ultimate rewards for your efforts.

So send me a synopsis of what you would like to explore in your story, either a story outline or some aspect of wife led marriage that interests you. You'll find plenty of ideas in my book, my blog, and the old website 'Beginnings' and 'Letters'.

Who knows, your story might eventually become a Hollywood blockbuster!

UPDATE 1: It looks like most people would prefer to write short stories. So I am also looking for an editor who can pull these together into a published work.

UPDATE 2: We have an editor:

Tom Cress <tcress513@gmail.com> is a Juris Doctor and also a software engineer living in Cincinnati, Ohio. Tom is also permanently disabled, though outwardly does not appear to be. To spend his sudden medical retirement wisely, Tom is the editor of a couple small publications of non-profit organizations. Tom has also been interested in the subject of Female Led Relationships (FLR) for a number of years, and is now working with Fumika Misato to increase interest in the subject and also to promote its acceptance with smart career oriented women and the smart and educated men that love them.

Please submit your work for consideration directly to Tom Cress
Posted by Fumika Misato at 7:37 AM 10 comments:

A Guide to Marrying Down 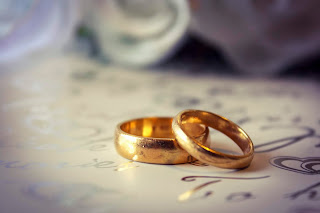 According to a recent study, marriage rates have been declining over the past few decades because there are fewer economically-attractive men.

Now there are a number of presuppositions behind that research conclusion. Let's take a moment to unpack them.

Second, this economic attraction is relative not only among men but between men and women. Nothing much has changed among men in the last couple decades. The changes have been with women. Specifically, women are more educated and successful than ever before in human history. Women are not marrying because they find that they have surpassed so many potential mates in education and in the workplace and they find them less attractive for marriage.

Third, men are contributing to this as well. Men do not find educated and successful women more attractive. At least, they don't weigh these factors as highly as women do. In spite of decades of feminist browbeating, men are, for the most part, still picking out potential mates the way they always have: according to their physical beauty and personality. Only after these do men rank women according to their education and success. But even there the tendency for men is to exclude from marital consideration women who are more educated and successful than they are.

Fourth, men still prefer women who have not had many prior sexual partners. If, during your pursuit of education and your advance in the workplace, you have gone through a series of sexual relationships, no matter how serious and genuine, men are going to find you less attractive.

If you don't change something then your chances of marrying will be significantly reduced. You will be at risk of joining the growing ranks of women who never find a husband.

Of course, the natural response to this situation is to compromise. If you can't find your ideal husband then you will have to settle for something less. Sadly, too women are making the wrong compromises or, worse, leading lives of denial well past their marriage years.

The first thing you should realize is that time is not your friend. Unlike men, women do not benefit by waiting to get married. The things you gain, education and success in the workplace, are not valued and the things you lose, youth and beauty, are. Additionally, the longer you wait, the greater the chance that you will not have children even if you do get married. So while you should not rush into marriage with the first available man you meet, you should be looking with an intent to marry and selecting dates on that basis.

Beyond that, you will face some hard choices.

One option is to give up your career and higher standard of living to marry a man and live on the level of income that he can provide. That might make for a romantic novel but it's not especially appealing to most educated women.

Another option is to look for a husband who is comfortable earning less than you do. To make for a successful marriage he will need to bring something more to the table than his sperm. A man who is good with children, for example, might be able to spend that extra time with them that allows you to pursue your career.

Another option is to find a slightly younger husband who is awed by you. There will be at least a hint of a mother-child relationship in this marriage so be certain that he respects his mother.

Another option is to find a man whose work is so different that you and he are less tempted to make economic comparisons. For example, if you hold a professional position in medicine or law and he does physical labor, such as construction or works in a field for which economics is not the measure, such as art or political activism, then he can be confident in his role even when he is earning less than you do.

Of course, you should be looking for all the things you would if you were marrying up but in particular, avoid men with fragile egos. Even if he seems confident around you while you are dating, his economic inferiority will grate on him until, eventually, he harms the marriage, himself, or even you. Watch how he treats you and others when he is embarrassed. Don't be afraid to test his reaction to embarrassing situations.

Look, instead, for men with a good sense of humor and genuine humility. You are looking for a man who will be comfortable in a marriage where he is the economically inferior partner. Look for a man who is not afraid to make a fool of himself or to be made the fool by others.

Look at his male friends and how he interacts with them. Are they married or dating seriously? Are they respectful of women? Does he feel the need to justify himself to them?

Look at his female friends. Does he have any? Are they respectable women? Are they strong and confident around him?

This brings us to the reality of a marriage where the wife outearns the husband. These marriages suffer a high rate of divorce. But these statistics include marriages where the husband initially outearned the wife but fell behind either due to her success or to his misfortune. When the couple is not expecting this outcome it can come as a shock and destabilize the relationship.

But even a married couple that is initially satisfied with a more economically successful wife might be destabilized when children come. At this time, the wife feels the urge to focus on the children and the husband to provide for the family. The wife may come to resent the husband who cannot provide or the husband may lose respect for himself if he cannot and turn to distractions like alcohol or worse. So it is not enough to plan for the marriage, you must also plan for the children.

Finally, if your income is sufficient to support a household, then you should look for a man who is comfortable with the idea of becoming a househusband. You can't always take people at their word, but if you ask directly if this is something that he would consider because this is so counter to social expectations, it is unlikely that he would lie and say 'yes'. So ask before you marry.

Marrying down is not easy. But given recent trends it is that or the life of a spinster for the vast majority of educated and successful women.
Posted by Fumika Misato at 7:47 AM 3 comments: 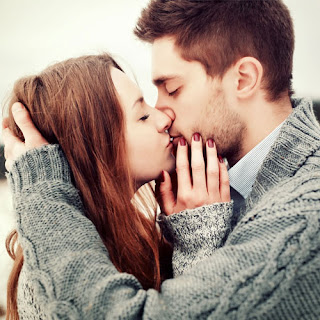 Asymmetric sex sounds like an enigma. How can you seduce your husband into accepting less sex?

The asymmetry of sex in wife led marriage refers to the higher frequency of orgasms that the wife enjoys compared to her husband. This disproportion can approach a ratio of 50:1, not counting multiple orgasms.

But even in such an extreme disproportion, the wife and husband are still having sex. It is simply that in the vast majority of encounters she is choosing to end the sex before she has allowed him an orgasm.

One way to think about this is that you are separating sex into its various components only one of which, typically the last, is your husband's orgasm. You and your husband are still having sex. Lots of it.

And this is why it works.

Men crave sex. Naturally, they assume that an orgasm will follow at the climax. But your husband will not lose interest in sex merely because you deprive him of that orgasm. On the contrary, he will crave sex with you all the more. In fact, he needs sexual intimacy with you not as a means to orgasm, however much he may enjoy that, but for itself. When you strip away his orgasm, foreplay is no longer just foreplay, it becomes the sex.

This creates a wonderful virtuous cycle in which the more sex you have the more he wants and the more he will do to get it. He will become obsessed with you and will move heaven and earth to enjoy your sexual intimacy.

And it is not necessary to deceive him about sex. You can set his expectations as realistically as you like. You can tell him at the beginning that, in this instance, there will probably, or even certainly, be no climax for him. And still he will eagerly engage in sex with you. Provided that you occasionally allow him an orgasm, and this could be as infrequent as once or twice a month, he will not lose his enthusiasm.

In fact, as you develop a habit of asymmetric sex he will gradually shift his attention away from his own orgasm toward yours. What might begin as simple courtesy in the bedroom, making sure you get yours, becomes the center of your sexual encounters. He will desire the intimacy of sex with you merely for the opportunity to touch you, to please you, and to be close to you. You will know you have arrived when you find him begging for the opportunity to please you with no expectations of his own release.